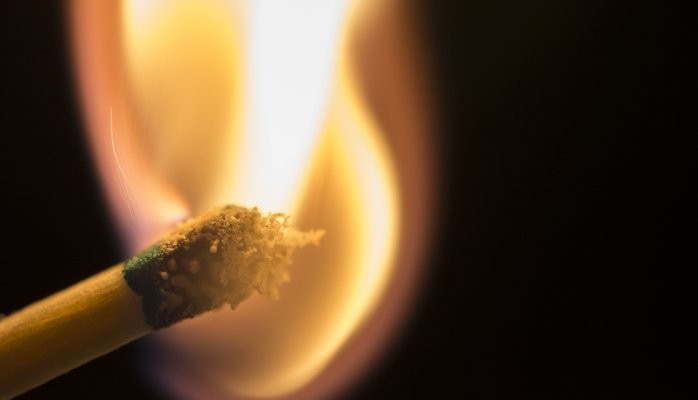 I have an officemate, several years older than me. Jere Matty is a retired Air Force pilot, engineer, and currently the "one eaches" of our Science, Technology, Engineering, and Mathematics (or STEM) lab and center at Arnold Air Force Base.  Since both are interested in the same things -- getting young people to explore opportunities here at Arnold -- we frequently exchange notes, resources, and information.

After all, that's what officemates do. Besides, both of us love Lego(TM), and we have several Lego(TM) pieces around our corners of the office suite.

He shared with me a recent visit to a 4-H camp. He said itself was beautiful, and he related the conversation with one of the directors of the camp.  Jere said that they don't do any overnight camping there -- akin to Cub Scout day camp.

"We don't do overnight camping," Jere related what the director told him, "because the kids are allergic to grass.  They're allergic to the outdoors.  They would much rather spend their days indoors instead of being around here. We can't even get them interested in building and starting fires..."  Jere then moved his chair closer to the opening of his office cube and asked me, "Is this the same way in Scouts too?"

I had to admit, yes. We -- the United States -- has raised an entire generation of kids who have NEVER been introduced to the wonders of fire.  The warmth of a campfire in the evening. The hazards of a stray spark hitting something combustible, making it flame up. The joy of striking a match and setting a piece of paper on fire. Watching the young men belonging to the BSA's Order of the Arrow or Firecrafters start large bonfires with what seems to be a small flame, a spark.

Have you ever used a magnifying glass to set a leaf smoking?  None of that. Who's to blame?

Not the Scouts, that's for sure.  Our program centers around fire - along with water, air, and the earth itself -- the four essential elements.  Scouting teaches respect for all four through its conservation and ecology programs, its camping and outdoor programs, and its values-centered Scouting ideals.

As Jere and I compared "earliest instance of using fire" around our homes and outdoors, I was reminded that for many kids today, the only things they know about fire are negative ones: don't play with fire; Smokey the Bear's "Only YOU..."; reminders from the media about wildfires and smoking in bed and their results; and the like. The positive things about fire: how it can be used to signal, to warm, as protection from predatory animals and even other humans, as a cooking source (s' mores and hot dogs come to mind here, although we've grilled/roasted chickens, hams, and veggies too over my Scouting years) and yes, as a defensive weapon -- I am fearful that it escapes many kids of today.

Most kids don't cook over fires -- whether Coleman(TM) or their competitor's stoves, over a fire they made, or even over charcoal. Ordnances and laws prevent open fires and then only during certain times of the year -- times in which most kids want to, yeah, stay indoors.  We no longer have to bend over and light the pilot light to get furnaces and water heaters going -- we have electronic starts and no need for matches. The LED lamps and flashlights have replaced incandescent lamps in many homes. All great things -- until the electricity goes out and the batteries are dead.

Scouting teaches responsible usage of fire, for there are many ways to start a fire and uses of that flame. It is one of the many things we are good at; and one of the many tools which a Scout has to use to "help other people" in his or her life.

I hope you allow your children the opportunity to explore fire and the positive things it can do for them -- outside and inside their bodies.  We do this a lot...through Scouting.