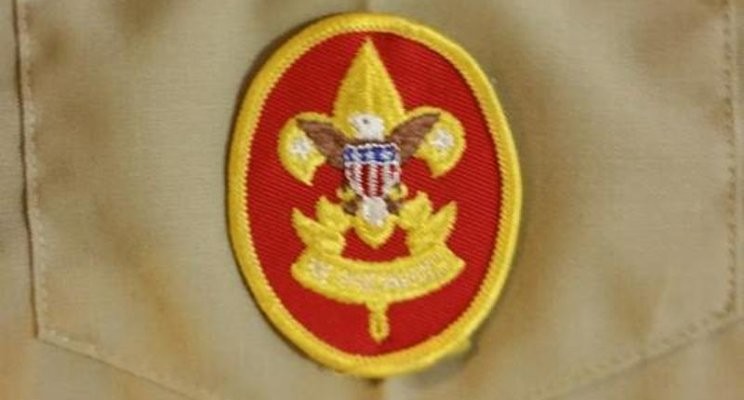 (We're talking over on Scouts-L, the "international daily Roundtable meeting which NEVER ends"(TM) about the value of Eagle in today's Scouting environment. Someone suggested that we somehow "tighten" the tasks required to become an Eagle Scout. I disagreed and stated that instead of tightening the Eagle requirements, that perhaps we need to ensure that those who earn the First Class Scout rank really *know their stuff*, stating in part that before the "improved Scouting program" in the early 70s, that's the way it was.

Dave wrote: Oh Mike. Now - we all know that in Webelos 3 (a.k.a. new scout patrol) that all the kiddies "earn" First Class in their First Year.

We could NEVER make 1st class a true test of scout skills, because we would "lose" all those scouts we allegedly keep in scouting because they make first class in their first year"

Here's my response to him, posted on Scouts-L (for subscription information, go to http://www.scouts-l.net )

I was more proud of myself for attaining First Class than I was when I received the Eagle. Sounds really nutzoid, right?

It took me almost two years before I earned First Class. My memory says that there was six months' tenure between Second and First Class. I couldn't swim back then -- that was the delay. I learned how to -- it was the last "requirement" I met before I talked with my Scoutmaster, went before my peers, showed them that I knew my stuff, and they approved my advancement.

I wrote in my book "Patches and Pins" that when I earned First Class, it was as if all of those stories I read about in _Boys'_Life_ and _Scouting_ was a possibility for me. I could DO those things because I had confidence, knowledge, and learned the skills to do them. I was everything that Baden Powell and Colin Livingstone and James West and Dan Beard envisioned the "first class Boy Scout" to be.

More because I'm an American -- and a Black one at that.  It was THAT BIG of a deal.

I learned how to get myself around any town, around any sets of woods, around any other people. I learned the value of cardinal directions and magnetic directions. I can shoot an azimuth, follow it and be at my destination -- and I didn't have to use anything based on a computer chip or "birds in the air." I can walk into any "quicky mart" today, look at a map, orient where I am at in relationship to the destination, and leave with confidence knowing that either I "should have taken that left turn at Albuquerque" or that "I'm right on the right trail."

I learned the essential tool in my pocket was my Scout knife. Okay, it was the Swiss Army version of the Scout knife. As I watched my "television hero" Angus MacGyver use -- and kept a close hold -- onto his pocket knife weekly, it was revealed that the knife and all of its shiny tools are secondary to the knowledge in one's brain as to how to use "your resources."

And because I was fortunate to be in Troops which did outdoor events frequently, it gave me plenty of time to practice those skills -- over and over and over -- until they became second nature to me. When a girlfriend asked "to go camping" with me, I perked up and said "sure -- as long as you do most of the cooking while I get and keep the fire going!"

Yep, as I stood there in front of my fellow Scouts to receive the First Class Scout badge set -- the large metallic First Class badge; the small First Class badge which I still wear (and which other members of the Scouting club at Eastern Kentucky I belonged to wore as our "club pin"), the cloth ovalled First Class patch, and the pocket card (an old one because our Council was still transitioning to the new cards) -- I was a 'rock star'. Too bad my parents weren't there at that Court of Honor for they would have seen a pumped up little kid with a big heart and a grin to match.

I didn't take that First Class patch off my uniform for a long, long time!! If one looks closely at some of the images of me out there, they can see that small gold First Class Scout pin on a lapel or sweater decades after I had attained that rank as a Boy Scout.

Because I'm a First Class Boy Scout who just happened to make his way toward Eagle, I'm prepared for those zombies. Bring 'em!