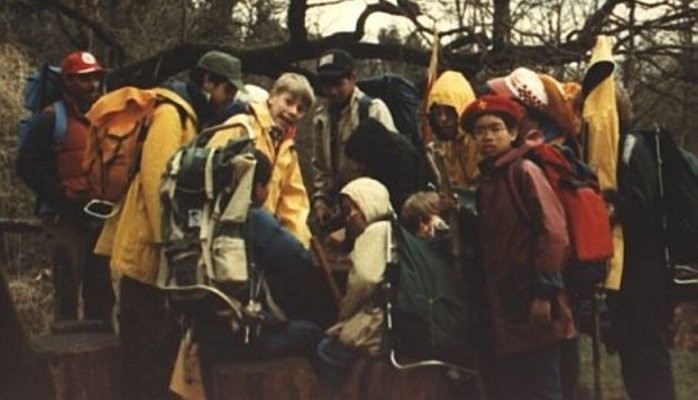 Going through today's email, I receive a question from one fella and a comment made within one of several Internet groups I co-moderate.  Both address the same question:

"Has Boy Scouting outlived its purpose in today's environment?"

It's a tough question to answer without "jingos" or "catchphrases."  The short answer, of course, is "no"; followed by a longer answer, "no, it has not outlived its cachet, it's importance, it's prominence in American life."

The follow-up questions, are easier to answer, however:

The BSA says proudly, for instance, that between two and seven percent of all of their boys earn Eagle.  Is that b.s. or is there written, documented proof of that claim anywhere?  If the percentage is larger than that, should we be concerned or care if, say like (people within the discussion group) says that it's really like 14 or 20 percent? Can you root down the truth and post it somewhere?"

"I read somewhere where you've explained why we don't have commercials about Boy Scouting on television anymore.  I don't get it, though.  If my kids aren't parked in front of a screen somewhere, playing a game or using it as background noise for whatever table or card game kids play nowadays...then they have their phones with commercials blasting at them in between music videos.  Where is Scouting in all of that communication?"

For clarity, I had to ask folks at the BSA's National Center to explain something to me so that I can share it with all of you.  Here are the facts:

So let's pretend for a few minutes that we have a Boy Scout Troop (Boy Scouts and Varsity Scouts are the only ones who can earn Eagle totally within their units; other males enrolled in Venturing or Sea Scouting may earn Eagle based on some prerequisites...to make it easy to explain, however, I am using the "core" organization of a Troop or Team) of 100 youth members and that's it has been operating for a few years before our discussion here today.

In any given year, between 2 and 8 of those 100 young men will earn the highest youth rank in Boy/Varsity Scouting, Eagle.  Also during that given year, about 30 to 40 others will have earned the First Class rank, which signifies that Scouts' preparedness to handle just about anything --think of First Class as "Eagle without the merit badges and projects."

How does the BSA come up with the "2 to 8" (they average it to somewhere around 5 percent yearly)?  Simple. They look at the number of REGISTERED Boy/Varsity Scouts each year, apply a little "common Scouter sense" and take away about 20 percent of that yearly membership to "don't wanna do Scouts no more" and "bore-ing"; and also take away 10 percent who are ALREADY Eagle and are continuing to support and assist their Troop or Team.  So the 5 percent figure is based upon 70 percent of the *registered Boy Scout membership* nationwide on a yearly basis.

- the fact that LDS (Latter Day Saint, or "Mormon") and Baptist chartered youth tend to stay in the program longer has little to no impact on the number of Eagle Scouts.

If anything this tends to keep Scouts active and not necessarily advancing. Most young men, believe it or not, have NO INTEREST in earning First Class or Eagle. They are interested in going camping, swimming, hiking, bowling, shooting rifles, shooting bows and arrows...things which brought them to Scouting.  Not working on merit badges, rank advancement nor special awards.

- It's not money, but how young people view programs like Scouting.  Young people want to "belong to something," not just "be a member of something" and they will pay money to belong to it.

Absolutely true.  Kids -- young men -- today could care less what something costs. Don't believe me? Look at their clothes and ask them how much did they spend on them.  Look at the things they use (yeah, Daddy or Momma or Meema may have bought the FIRST ONE for them, but after they've broken or decided that they needed the "upscale" model, they'll find ways to purchase and own it themselves) and ask them how much it costs.  They want to BELONG to something where their friends are, and they will expend resources to be there, to "play" right alongside them.  This is different from "being a member of something" -- they want OWNERSHIP, not "membership."

This is how street gangs recruit and retain their members.  New members are attracted to the "bling," the thrill, the idea of being with like-minded kids like themselves.  They stay in most part not because they are threatened if they leave, but simply out of loyalty and the idea of belonging to a group who "has their back," "look after their interests," and "help them along."  Unfortunately, they also include elements of criminal behavior and appearance in their "promotion," and unlike Scouting, it's hard to leave or disassociate oneself from a street gang once you're "in."

(Someone told me that it's hard to disassociate oneself from Scouting too, once you've accepted the Scouting ideals -- the Scout Oath or Promise, the 12 Laws and the Motto and Slogan -- to memory and heart.  That I have to agree with him there. You can cover up a tattoo, but you can't ignore being Loyal, Friendly and Brave just like you can't stop "Being Prepared" or "doing a Good Turn" every day.)

I have a friend of mine who runs a successful Scout Troop in Indiana.  He averages 25 boys in his Troop yearly.  He doesn't do the traditional "school nights," but he let his Troop's program do the "recruiting" for him and his assistants.  When I ask him "what's his secret sauce" in getting kids to join his Troop, he smiles and says, "man, it's nothing more than buy-in.  From the time they join us, they have bought into what we're doing. We keep the advancement stuff low, we keep the activity high, and as a result, we get boys who earn  an Eagle because they WANT to earn it -- and all of that other stuff too.  We go.  We do.  We are seen. We have each other's back.  That's what Scouting is all about."

I have been training and teaching Scouting volunteers that key phrase -- that "program and using all elements of the Scouting methods in tandem" -- is the key to successful Scouting programs no matter where you are at, no matter how large or small your unit is, and no matter if you're chartered by Richie Rich Inc. or a group of neighbors in a small housing block.  You can do this.

We have to do this for the young men (and women) in our communities.