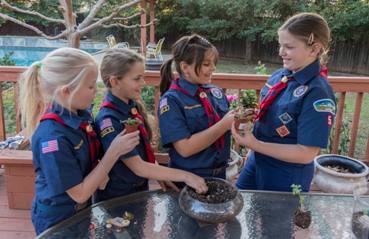 The Boy Scouts of America, acting on behalf of it's National Executive Board and upon the requests of literally, thousands of families over the last 40 or so years will allow female youth, starting in the summer of 2018, to become members of Cub Scout Packs and later Boy Scout Troops in 2019. Lone Cub Scouting and Lone Boy Scouting will NOT change; it will remain a male-only program until February 2019, when data received and reviewed from the Cub Scout experiences and the first start of the Scout BSA experience, will give national leaders the opportunity to bring families to Lone Scouting as well as traditional unit-managed Scouting. Some of you may say "How did we GET to this point? Why would girls and their families want to become part of Cub Scouts or Boy Scouts?" The Girl Scouts of the USA (GSUSA for short) has a great program for young women separate and with very little if any connection to the programs of the Boy Scouts of America. Their program for many decades in the past was a parallel one to the BSA's Cub Scout and Boy Scout programs, and many girls benefited from their membership and leadership within that program.
Since the early 80s however, as the BSA provided career awareness and education through its Contemporary Exploring program, the desire to be a Girl Scout waned and younger girls wanted to do many if not all of the things which Cub Scouts and Boy Scouts engage themselves into by just being members. The GSUSA program changed to provide dynamic activities geared to young women discovering that they could do a wide variety of hobby, vocational, professional and technical roles in American society. They deemphasized camping and outdoor activities as a result. While both programs had great community support, it is the outdoor nature of the Boy Scout program and it's run up, the WEBELOS Cub Scout program, which attracts younger girls.

Honest attempts were made by both organizations

Several honest attempts were made by both organizations to merge their national organizations into one which would serve the majority of youth in the United States. Those attempts failed, however, when both sides refused to give up on those things which made them uniquely different from each other and standouts when compared to other national youth-serving organizations. Both organizations also felt the nipping on their organizational heels from programs like Campfire and Junior Achievement, which moved into the outdoors for some of its programs; from programs like Awana, Royal Rangers/Missionettes, and Compass which provided a religious and family overlay to their outdoor and community programs and activities; and from school and community sports programs, which became less and less of a single-sex activity and more of a family experience for those participants. The BSA and GSUSA retreated to their corners and continued to advance their programs as best as they could. All national youth-serving organizations -- including the BSA, starting in the early 90s, suffered losses to their membership, financial support, and public acknowledgement and awareness.  Less and fewer Americans had the Scouting experience as a youth and therefore as an adult could not relate to or even support Scouting because, well, they didn't know too much about the programs themselves. With the onset of computers and handheld technologies, their grandchildren are growing up not only vaguely aware of Scouting and it's importance in American life; they simply choose to do things with their "own circle of friends" and their families. The BSA has been studying this change since 1996 and was overwhelmed with their research findings. See, many families, despite the name "Boy Scouts of America", brought their female children and their younger male children, to Boy Scouting activities. It is much cheaper and easier than attempting to find and pay babysitters; the values Scouting provides are universal and need little to no "translation" from boy to girl; the regular meeting activities lend themselves to the entire family participating; the advancement system would give both boys and girls an equal playing field instead of "one program for the boys and another for the girls". It was a "win-win-win" for everyone: the youth got a program in which their peers AND their family can participate in completely; the BSA picks up families include NEW families which previously had limited to no knowledge of "boy scouts"; and the community and nation benefits from having youth grow up knowing that their knowledge and experience can be translated into good quality citizens of strong positive character -- guided by the Scout Oath or Promise and the Scout Law, regardless of sex. 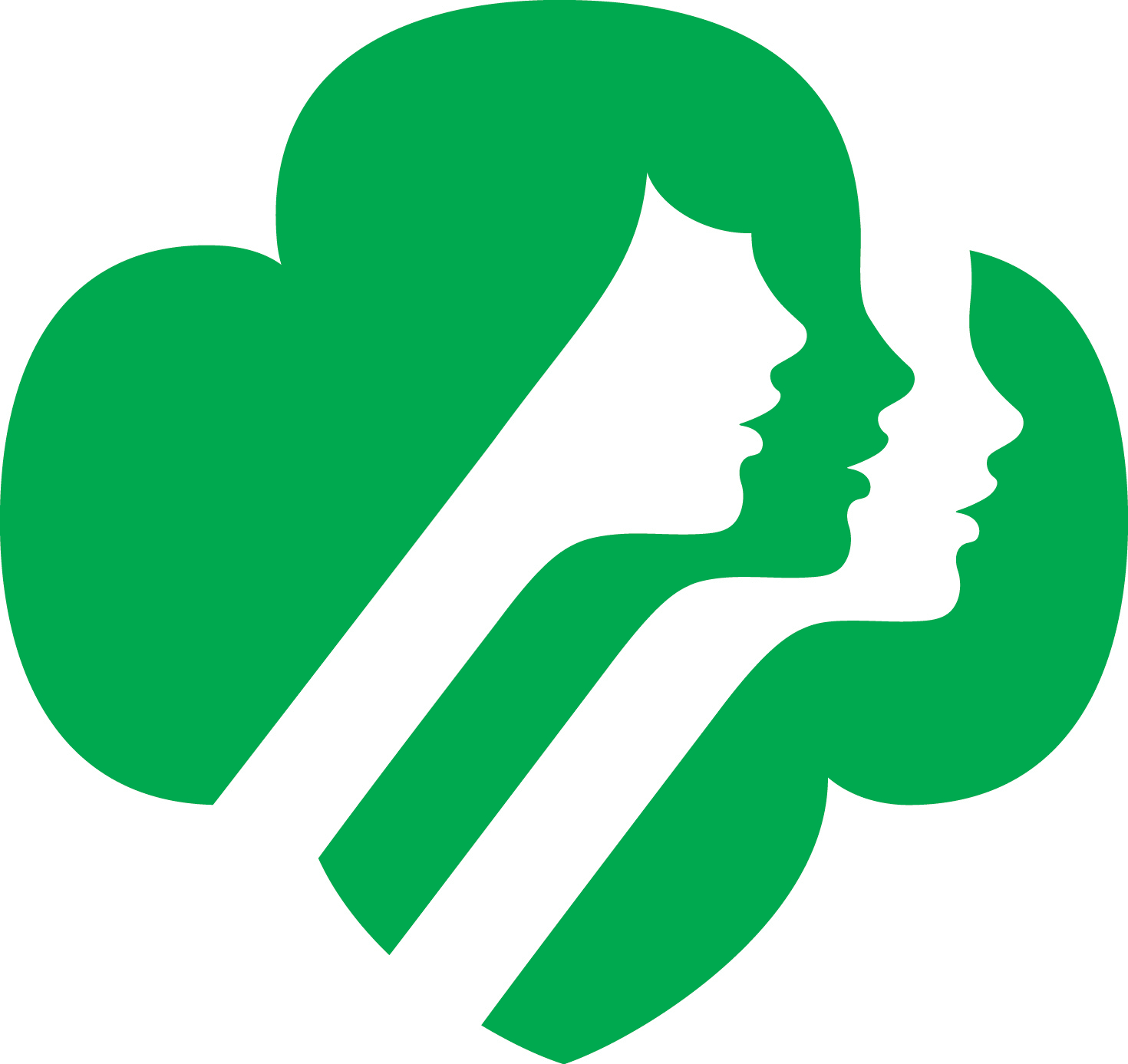 To those who say things like "well, boys and girls are not supposed to be together -- BOY SCOUTS AND GIRL SCOUTS", they are living examples of how society has moved forward in a short span of time -- and left them behind, unfortunately: It was in the 50s that sitting next to a person of color -- any other color than white -- would garner comments like "he's gonna give you a disease by sitting by them..." and "they need their own way to get around..."  In the 60s, it was "you can't trust anyone over 30", and the BSA found themselves defending their Scout Oath and Law with people expressing that "you're making them into warmongers because you teach them how to shoot weapons". In the 70s, it was the fear that kids who engaged in drugs would become zombies and therefore "they need to be housed far away from the rest of us" and "we can't have women to be Scoutmasters -- they would molest our boys and camps would become sex havens". In the 80s, it was HIV/AIDS, Swine Flu, and the fact that some families chose not to vaccinate their children and homeschooling became more of a suburban option and less of a rural necessity. In the 90s, it was the fear that the world as we knew it was going to implode, explode, or simply many of us would not see the end of the century as we were to be taken Heavenly. In the 2000s, it was the fear that those "gay people" are going to "turn us all into their way of life and their kids will turn out the same way". Now, in the 2010s we have young people literally "living on the 'net ". In ALL of those cases, the Boy Scouts of America took the lead, provided living examples based upon the simple Scout Oath and Law (which has not changed a bit since 1909, when it was written and approved), and help make the nation move Forward.  The BSA first started by placing everyone on the same "cornerstone". They announced three years ago that ALL of their programs will abandon promises, oaths and laws used for some 40 or 50 years -- the Cub Scout's Promise and Law of the Pack. The Explorer Pledge later to become the Oath. The Varsity Pledge. Instead, everyone will subscribe and use the Scout Oath or Promise and the 12 Scout Laws. It was met with a lot of second-thinking. "My son is only 8. I am really sure that he cannot remember the Scout Oath like his 14-year-old brother can". Over time, we have youth repeating -- not completely but close to it -- the Scout Oath or Promise and the 12 Scout Laws; and by the time they are Scouts, they could repeat it from memory. Then, we changed the uniforms so that girls and boys, men and women, would have little to no problem wearing it if they choose to be identified as BSA members. We started with Venturing and Exploring because it is the only co-ed program we have. We learned a LOT from Exploring and Venturing, and much of that has gone into to how the BSA is now moving ahead with what is being called "the Family Scouting Initiate." In March of this year, the BSA announced that the Boy Scout PROGRAM (not the name of the Corporation) will be called simply "Scouts BSA" instead of "Boy Scouts".  It is what we called Scouts back in the 70s for a period of time and has a universal meaning as we prepare to include girls as members of Scout patrols and Troops.  We will have "female Scouts" and "male Scouts" -- not "girl scouts" and "boy scouts", keeping trademark infringements lawsuits from local Girl Scout councils at bay. Here's how the BSA envisions this to work, started back in January of this year: