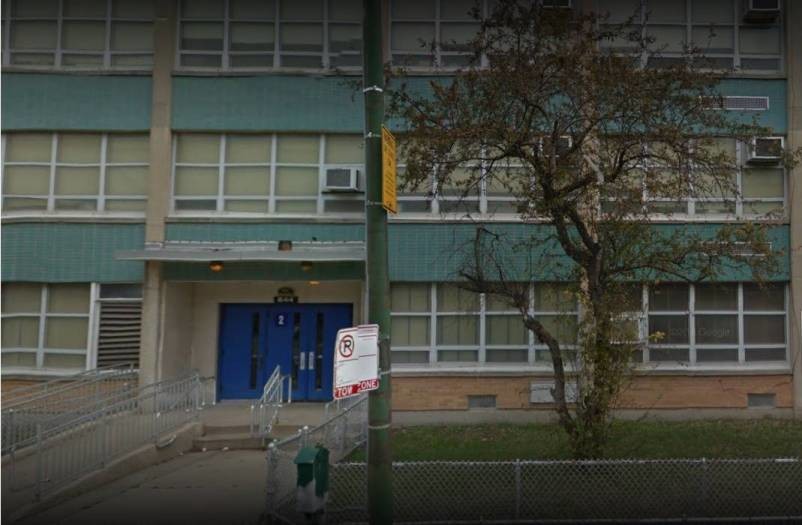 As my personal history runs, I do not care for Mrs. Osby.  I do, however, have a lot of respect for the woman.  I never knew her first name -- it was always "Mrs. Osby." That Black teacher, for all of her experience, awards and accolades over the many years of teaching and managing  in the Chicago Schools, did not hold a candle to Mrs. Kay Flauding, who assisted me with overcoming my fear of heights; Mrs. Clancie Speck, the teacher who introduced me to widen my horizons; and Ms. Betty Kirby, who through junior high and later high school encouraged me to write and write and write -- but not to ignore the other things which would get me toward my goals.   All of the other talented (female) teachers in my life were White.  I bring it up because it took a Black teacher to teach a Black child the importance of voting, at a time that voting or even thinking about voting was hazardous to one's health.

I attended first grade in Chicago.  My family -- my mother, my brother Shell and I -- stayed with my Aunt Theresa and her family while my dad was overseas in Vietnam in the middle 60s.  The years were not pleasant, with church bombings, shootings, marches, and lynchings reported almost on a daily basis in the news, as White and Black people came to the Deep South to correct voting and civil rights for all; while the death count on all sides continued to rise in Southeast Asia , primarily Vietnam and Cambodia.

Mrs. Osby, for those following my personal blog, was that first-grade teacher who rapped my knuckles daily for my spelling.  Back in the day, if you fell "out of line" with whatever the teacher demanded, they had the authority -- the right -- to bring you "back in line" through some sort of corporal punishment.  Mrs. Osby did not believe in spanking students, but she did wield a yardstick and knew how to use it.   When she would see me spell my name correctly  -- with the "a" and the "e" reversed -- she would rap my hands and always found my knuckles with that yardstick of hers.  This became a daily thing with this woman.That is, until my mother had what she later called a "Come to Jesus meeting" with this woman, in which she explained that SHE taught me, her oldest son, to spell his name the way it was;  that I have been spelling it verbally since age 3 and on paper since age 5 and she did not care what the Chicago School District has to say about it,  that is the way HER CHILD spells his name -- and the next time her child comes home with reddened hands it better had been from a fight because if it came from a woman hitting her son's hands, there would be a fight going on.(I would pay good money to watch that fight too,  the adult Micheal is saying.)

One day, Mrs. Osby was explaining to us that we had an option.  We could eat lunch first and then go out to play, or we could go out to play first (recess) and then go have our lunch.   She picked two students to help us decide on which we should do and then we would take it to a vote.

One student explained that it would be warmer later, so we would not have to take our coats to play outside.  Plus, we would have eaten, and he said that his Mom would always "have us to do something after dinner to burn off dinner."

The other student explained that by going to recess earlier, we would see some of our older friends and "make our tummies ready for lunch."

Then Mrs. Osby told us all to get a piece of paper out, tear it in half and then tear it in half again and write on it "1" or "2".  Nothing more.  Not our name (she looked at me when she said this), not the date (which she always had on the blackboard under her name daily).  We were to fold the paper and set it on our desk.  She sent a student from the back of the room to come around and pick up the slips of paper and to bring them to her desk.  She then had the two students to open each and announce "one" or "two," and she would tally them on the blackboard.

"Two" won by five votes.   She then sat there and explained why she allowed us to vote.

"The most important thing in your life, " she explained, "will not be how to say or write words. It won't be to understand that we have 50 states -- we may have more by the time you are adults.  It won't be to know where Chicago is on a map or where the United States is on a globe.  I have to teach you those things, and you need to learn them. "

"The most important thing you have in your lives is the ability to do what we have just done.  We talked about something, we listened to each other, and we VOTED.  People in this country die because other people did not allow them to talk about something,  to allow them to hear every side of a problem, and did not vote. " Her voice cracked as she said, "you need to remember this. No matter how things get tough when you grow up, the one thing you have -- the only thing worth fighting for -- is your ability to vote."

No lessons on suffrages. No talks about racial inequality.  No speeches about lynchings or mob rule or anything else.  A simple lesson taught by a Black school teacher to her Black students and a practical demonstration of the principle.

THAT is why Mrs. Osby, despite my mother's threat of a beatdown, will rank right up there with Kay Flauding, Clancie Speck, Betty Kirby and Shirley Serini (from EKU) as my favorite teachers.   Each of them did more than just teach and advance the course outline one lesson.  They showed and applied what they taught so that the lessons would sink and stay over the life of the student.

If you have not voted, do so.  If you have voted, consider this a "thank you" from your fellow citizens and encourage others to go do the same if you can.

(For the official record, I spell my name "Mike."  I know she meant well, but I am sure that by now, Mrs. Osby probably encountered kids with more challenging names than "Micheal."  I wonder where she is buried at...and what her first name was.  Maybe I could leave a yardstick on her tombstone.)