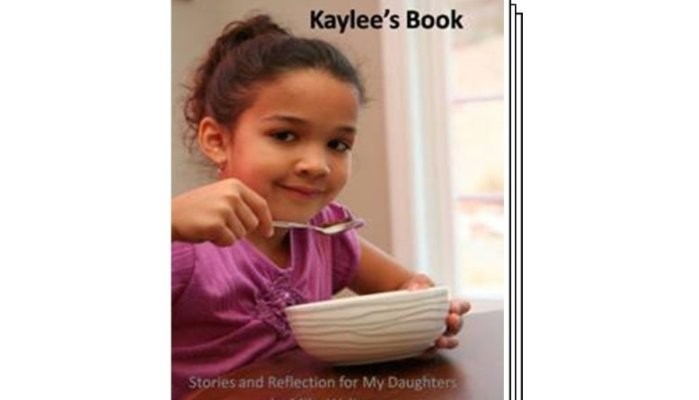 (My second former wife gave me a reflection book for Christmas one year in the middle 90s, in preparation in part for the arrival of our child we were planning. Although we practiced hard and many times over, the child was not to happen. So we did the next best thing - arranged for foster and eventually adoption. My book - Kayleeanne's book -- reflects my answers to questions posed by Terri Gibbs in the book "A Father's Legacy" and was used as part of the process toward foster care and adoption.)

When your Dad was young, he participated in several activities in which election was an important element.  He, like you will someday, campaigned for "Class Leader" and while I was "liked", I did not get to do the tasks of leading the class to and from the lunchroom or the gymnasium; or leading the class in the Pledge of Allegiance and singing "My Country 'Tis of Thee" each morning.  I really liked doing that -- leading.

In Middle School at Fort Knox, I became the appointed eighth-grade class Vice President through a horrific accident which occurred to the elected Vice President.  His name was Reggie Boggs, and he was hit head-on by a truck as he was walking down Conroy Avenue toward the school to play basketball.   I was surprised, and a bit saddened when that happened; and while my tasks as Class Vice President was basically ceremonial in nature, I did my best to uphold his honor and name.  I helped raise money for a plaque and photo of Reggie to be placed in our school lobby.

In Boy Scouting, Kaylee, there exists a subgroup which recognizes those Scouts who help other Scouts out while camping; who have a cheerful spirit even through tough times; and who provide a set of helping hands to anyone who needs them.  It is called the "Order of the Arrow" and you probably saw some of your Dad's "OA" things -- red and white sashes, patches with red arrows on them, and Native American items given to me or which I purchased over time because they exhibit what the "OA" is all about.   In order to become a member, you cannot "politic" for it.  It is an honor which all of the people in your Scout group who ARE NOT MEMBERS of this "OA" thing vote you for.   It's a secret ballot and is designed to mimic our state and federal elections.

I was elected twice.  The first time, I turned it down.  I had just moved from one Scout group -- Troop -- to another, and I really did not know anyone.  I think everyone elected me simply because I thought I was the highest-ranked kid in their Troop.   "You're stupid for not accepting it!", several of my peers who were elected that year from other Troops told me.  Maybe I was a bit off in the head (don't tell your Mom I admitted to that...*smiling*) but to ME, a selection  like that should be made by people who know that you can do the job, whatever it was.  So I said "no."

(If I went ahead, I would be like my friends and be like the "senior members" of the "OA" today. )

The second time, I did accept the nomination and participated in the activities and ceremony, which made me a member.  So there's one lesson:  don't let set-backs wear you down.  It will if you will let it.

Your Dad also ran for National Explorer President in 1976.  I lost the regional election.  There was a lot of nasty stuff going on during that process, and my campaign manager (a gal name Jackie Bahm) and I refused to go that low in what is supposed to be a great example of democracy and fair play.  I started to think after that experience that all politics -- be it "real" for the Presidency; state elections, or just "youth representatives" on a board -- was all cut-throat, in-your-face, only to be conducted by people with little or no morals or concern for why they are really running, other than the title (and maybe to pay back some favors).   My second piece of advice is what I told you about other things, what your Big Mom Laura Brown would say, "what goes around, comes around."

Then I met Ronda Long in college.  The daughter of the Dean of the College of Arts and Humanities at Easter,  Ronda ("Tigger") convinced me to run for Student Senate my third year at Eastern.  "Run with your heart," she told me. "Don't pay any mind to anything anyone else is running is saying about you or what they are writing about you.  You meet students face to face. You tell them that you will do your best to represent them and their interests, and you do so in Senate."

I won and spent that year representing the College of Arts and Humanities as one of seven Senators.  Scouting and the Army took away my political ambitions, although I have had several of my former Exploring friends ask me to serve on their committees or to be to their campaign spokesperson.  I have turned them all down.

I still have a desire to represent Kentucky's Second Congressional District for a term.  Your mom continues to say "Not with me!" and I have reluctantly agreed with her, Kaylee.  Perhaps the way that politics is done will change by the time you get old enough to help make that change.  Right now, however, every little "error" or "bad thing" someone can dig up about you can be placed in the newspaper, on TV or radio and unless you have a lot of money (and a lot more political support), you have a little chance to defend yourself against the charges or issues.

I am afraid that until our nation truly grows up, that my marriage to your Mom would constantly be questioned;  and that you and your siblings would constantly be pressed into saying things you truly don't mean just so that the television and news people would stop following you all around.  I do a good job of keeping you all isolated from that nonsense (part of the reason why I decided to write this book for you and your sibs).

You, me, your Mom, your sibs -- indeed our nation -- will suffer losses.  Our guy didn't win, and we will be sad about it.  We will think, "what does this mean for us now?" Other families will be fearful that the new Mayor, the new Governor, the new Senator or Representative, even the new President -- will do or enact things to make our or their lives awful.  Remember these four things, honey:

First, we elected this person.  If you didn't vote -- for this person or his (or hopefully in your lifetime, her) opposition -- DO NOT COMPLAIN.   This nation offers you the chance to vote for or against those YOU feel would be the best whatever. Do your best in voting for the person reflecting YOUR point of view, YOUR interests.  Only complain if you did NOT get the right to vote PERIOD -- and then, please honey, complain in a respectful manner.

Second, remember that no matter what the office is, in the United States, we don't elect "people for life."  Supreme Court justices are APPOINTED, not elected, for life.  Everyone else is elected for a fixed period of time. Wait them out. Use that time wisely to create and build a loyal, respectful opposition to them and their party and vote them out at the NEXT election!  Remember what your Big Mom says -- "What goes around comes around."

Third,  be civil. Those who elected that person probably either did not know or do not care about their winner's habits, past history, or personal conduct.  As I stated, use this time to educate and engage in civil discussions about why you feel your guy was good for you and listen to why they feel that their guy was good for them.  You will find that there will emerge some common ground -- common ground which forms friendships.  Friendships which bonds peoples together and which keeps our land from becoming one of those lands your Dad and other military people have to go and protect or defend or separate from each other's swords and pitchforks.

Finally, Kaylee, if you want to "protest" or "object" to your guy not winning,  go to our church.  Go to someone's church.  Pray and sing and worship with others and let your voice go up to God and let Him handle the defeat for you.  In my growing up, whenever groups of "bored people" did not get their way, they went out to make life hell for everyone else -- whether they were involved or not.  Instead, go to a church.  Light a candle. Sit and cry and mourn, and if someone will allow you to do so, hug them for they are feeling the same pain you are.  No sign in the world, no brick in someone's window or lit overturned cars is going to give you more peace and stability than what you can find from a church.   Talk with someone -- take them to that place too.

Over the lifetime of your life, Kayleeanne, you,  your guy (or hopefully your gal) is going to win and lose.  Winning is really easy to handle -- that guy on "Fantasy Island" says it every week: "Smiles, SMILES everybody!"

It is when you lose that it may be hard to cope with.  You will deal with it, because even though you're not "cut" from our cloth, your mother and I -- and others around you -- all brought you up with a sense of caring, belonging and love.  That love extends well beyond our little family and includes people you don't know and who do not know you.  You've heard this from me before and have read it in this book before...but "...this too, shall eventually pass."