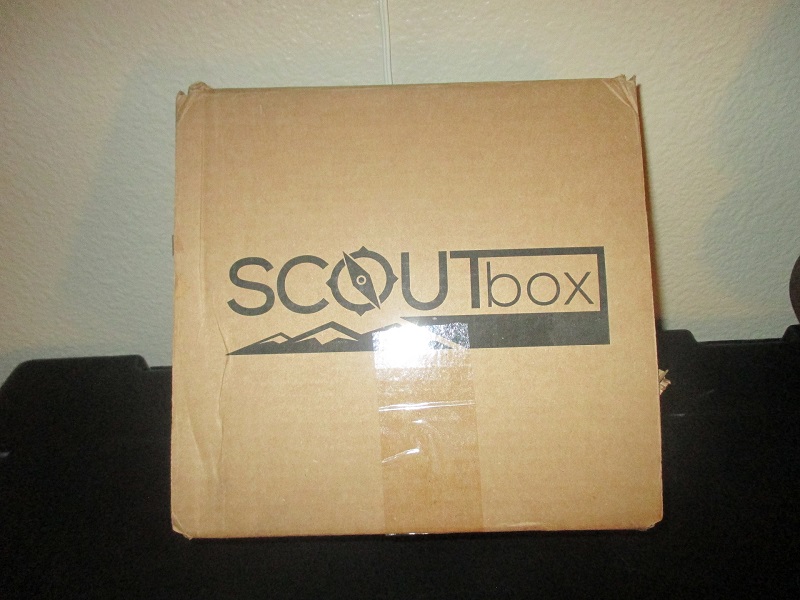 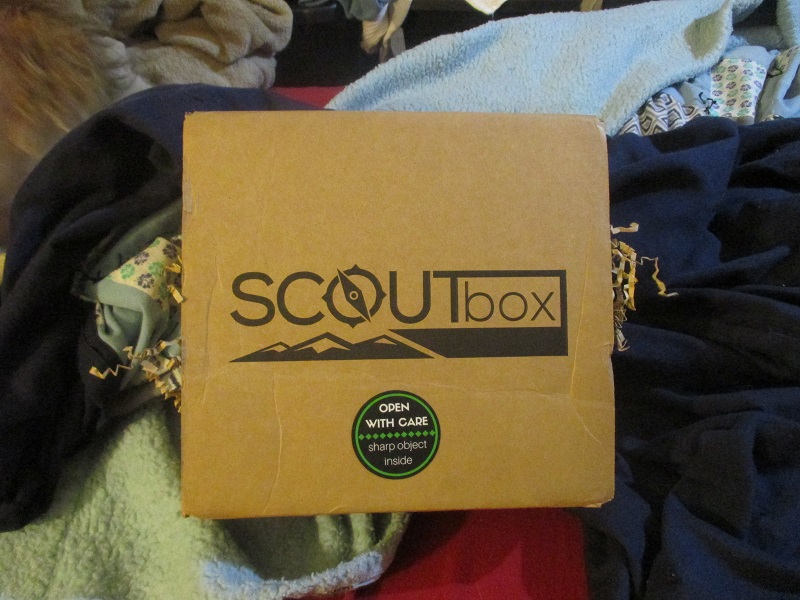 I recently contacted Scoutbox about being a sponsor for InsaneScouter. Scoutbox says that they are the only subscription box by Scouts for Scouts. In return Scoutbox suggested that they would send me a box which I could review and see where it goes from there. For those of you who do not know Scoutbox is a $40 a month subscription service, where they send you a box of products good for Scouts. (They also have a 3 and 6-month plan too.)

It took about a month to get the box. Here is a list of what was in the box, plus a few pictures:

1.    A postcard that tells you about most of the items in the box

2.    A book titled Edible Wild Plants and Useful Herbs, the back of the book says it's worth $15

3.    A Small outdoor first aid kit with a card that explains it would be a good fundraiser for scouts to sell 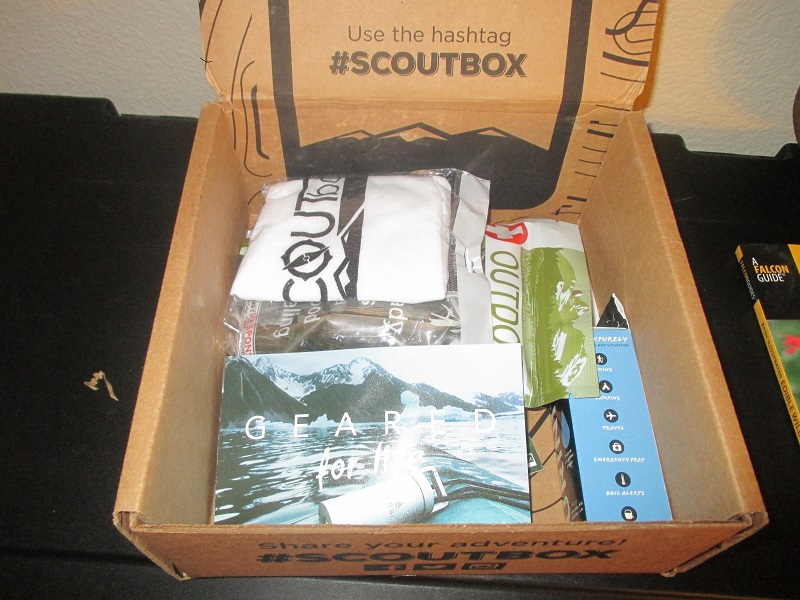 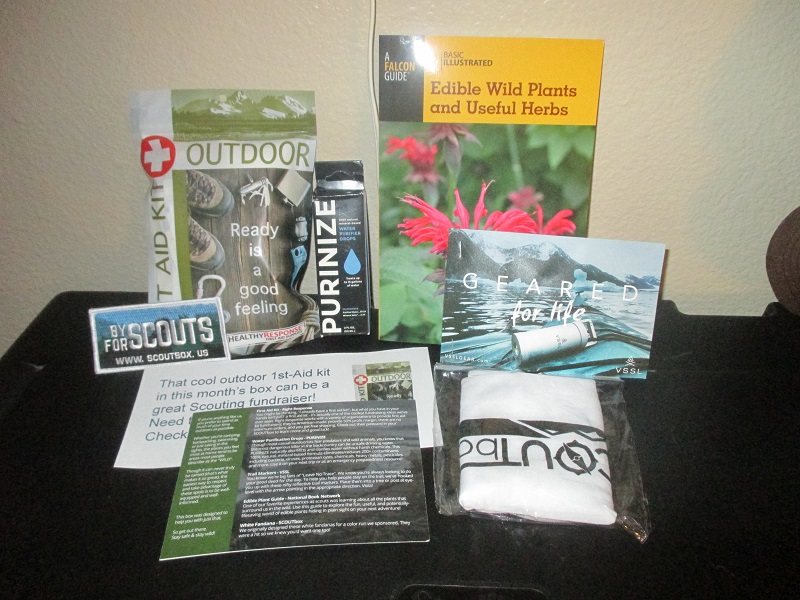 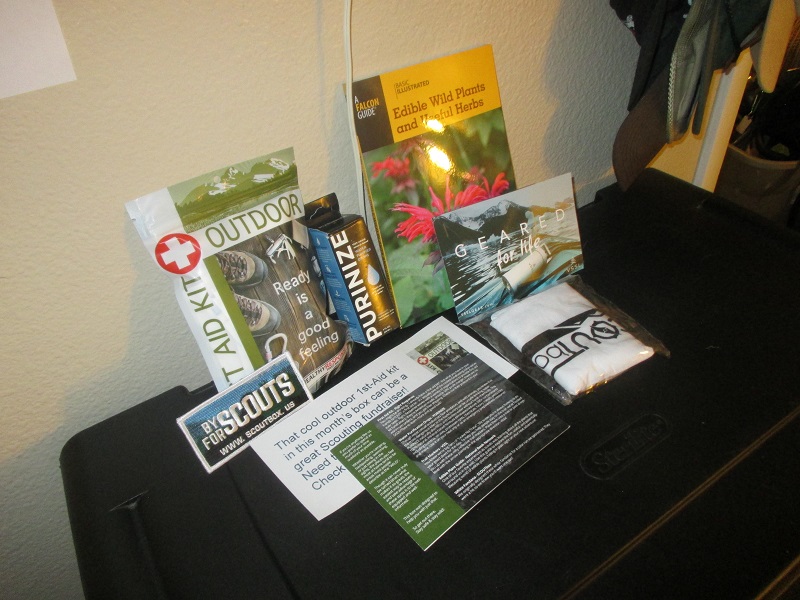 Some time passed as I was pondering what I wanted to say in this blog post as I wanted it to be fair and honest. To my surprise, I got a second box. The first thing I noticed was some of the brown paper stuff that Scoutbox uses for padding was hanging outside the box making it look messy. I opened the box and was surprised by what it contained. Here is a list & a few pictures:

1.    A Postcard explaining most of the items in the box

3.    A Sleep outside bandanna

5.    Country Archer Beef Jerky (and yes it was quickly devoured after I took the pictures)

7.    Grangers Active Wash (like a laundry soap I think, to get the smell out of your outdoor fabrics) 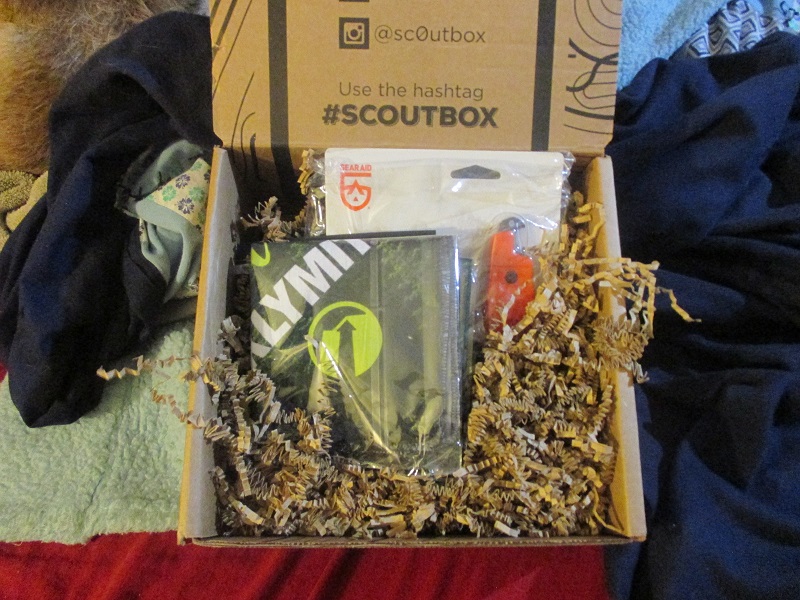 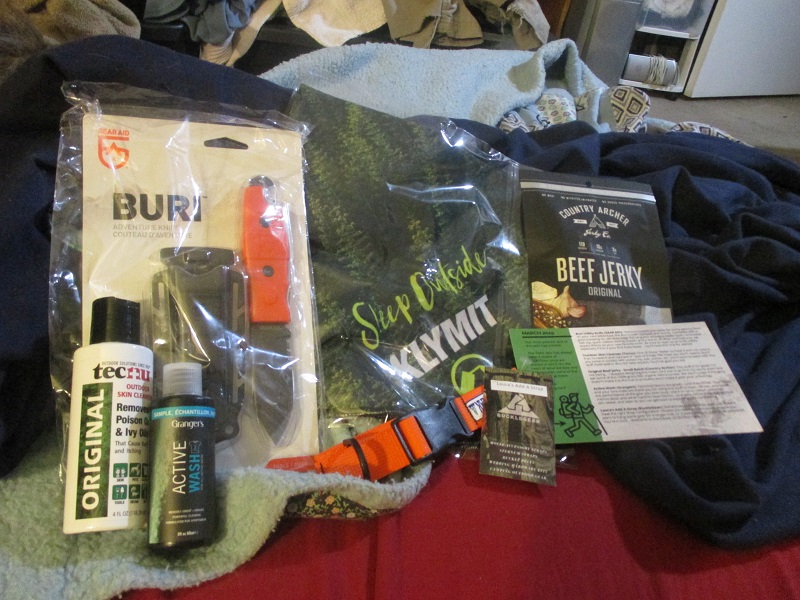 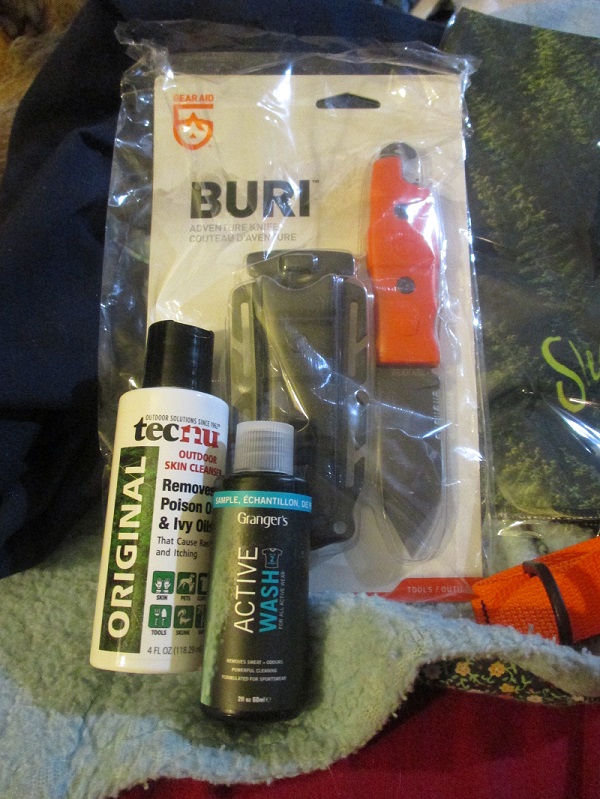 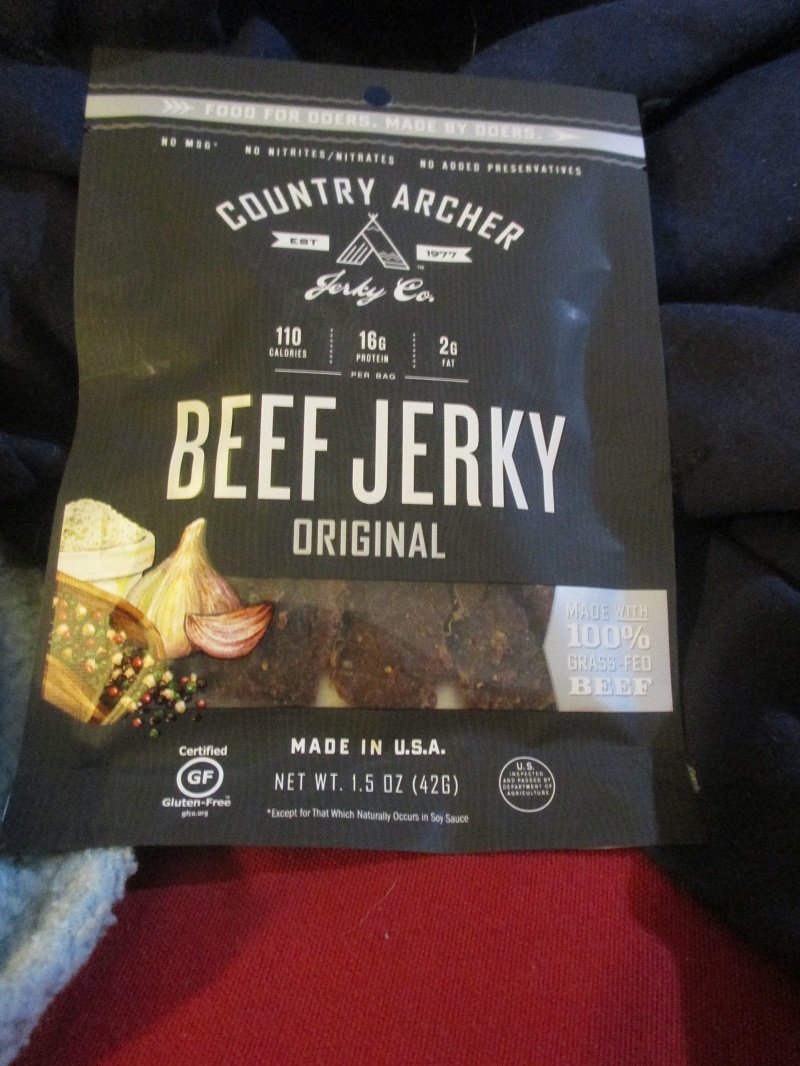 Now the real question: is Scoutbox worth the $40 subscription? I will answer this question with a question. Will you use enough of the items to make it worth it? When you get a box it's a lot like opening a treasure chest, you never know what you're going to find. You might find a cool gadget or some yummy jerky. I also could see it being a cool gift especially from a grandparent, aunt, uncle, etc. that isn’t exactly sure what a Scout might like. Maybe when they make Eagle or for a birthday.