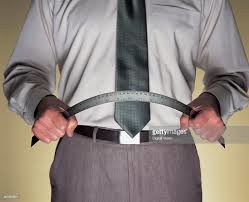 In my line of work, I read a lot of things during a typical day. Part of my job description calls for me to look for and share items reflective of the people, places, and activities of the Air Force command I work as a team member. I also spend time reading and reflecting during my breaks items which attract me as a parent, a Black man, a military Retiree, a lover of Legos(TM), a traveler, and yes, as a Scouter.

More Scouter than any other role. Sue me.

Yesterday (14 August 2018) in between sending a sons birthday greetings, sending support to my high school Principal and his wife, and paying T-Mobile(TM), I ran across and read a news story. To that reporter and some other people in the subject's town, it was another example of the "Boy Scouts being insensitive." To those of us in the movement, it was something which should NOT happen but does and does frequently enough that we have adult training sessions about it.

The short story is that the young man, working toward earning the highest rank in Scouting, the Eagle Scout Award, simply "ran out of airspeed and altitude." He "aged out" before completing the requirements.

To become an Eagle Scout, one must complete the sets of requirements for the six previous ranks -- Scout, Tenderfoot, Second Class, First Class, Star, and Life -- before he becomes 17 years and six months old. ALL of the requirements toward the Eagle Scout rank MUST be completed before the Scout turns 18 years of age. Yes, there are waivers which are in place in case the Scout was ill, somehow incapacitated, or circumstances outside his control (acts of Nature, for instance; or war breaking out) which prevented him from fully completing the six months "time in service" between Life Scout and hopefully Eagle Scout.

Part of the whole "deal" about earning Eagle centers around controlling and managing one's time. There's a merit badge he must earn -- Personal Management -- which is half personal financial management and half personal time and resource management. Earning that merit badge by itself requires three months of dedicated work and documentation.

During the process, the Eagle candidate is also working hard as a leader in his unit, as a contributor to the success of that unit, and planning, developing, and executing a leadership/service project which CANNOT benefit the Boy Scouts of America, the local Council he serves within or its camp, or his unit. This project must benefit others -- and in small and large ways around our nation (and the world!), Eagle candidates including this young man, have placed their permanent mark upon projects which some to this day still stands as permanent "exhibit A's" of their leadership and management.

This Scout, the reporter writes, completed it all! There are impressive photos of his project to benefit a local park and descriptions on how he went about it, got the financing for it, and rounded up volunteers to assist him under his direction. His benefactor gushed over how this young man took charge from day one of his projects and exceeded their expectations. The Scout was proud of what he did and so was others in that community. His explanations and comments lept out from the story and convinced lots of people -- I included -- that THIS is something to be proud of.

So what's the issue? Why was the story written? Because the "mean old Boy Scouts of America" won't give him Eagle. They rejected the application at the National level -- because he had less than six months after he became a Life Scout (remember: all requirements must be completed before the candidate turned 18 years of age). As I stated, for those of us "inside baseball," we know about this. We warn Scouts and Scouters (adult volunteers) about this. We caution unit committee members and yes parents about this. As I stated earlier, we do training sessions on this very thing: the importance of TIME MANAGEMENT.

Yet, as I read the comments associated with the story; and as I read other comments online concerning this Scouts' plight, there are a BUNCH of people all wanting the BSA to "come on, bend the rules for this kid....so what, he can't get everything done by the time he's 18... "

The date -- a young person's 18th birthday, was established by the BSA when it developed revised requirements for earning the Star, Life and Eagle Scout ranks in the early 30s. The standard the BSA placed upon itself back then was that "every Scout a First Class Scout." (This was also the reason why the Girl Scouts of the USA changed the name of their highest award to First Class and kept it so until the early 80s.) It was the BSA's contention that while some boys will earn the three higher awards -- by meeting requirements and earning various merit badges in several categories -- that by the time a young man was 15, he would be a First Class Scout; and by the time he turned 18 and into adulthood, he would earn Star, Life and perhaps Eagle.

The standard remains the same to this very day. There were a LOT of Scouts who did not earn Eagle simply because they ran "out of airspeed and altitude." The rule was only bent when a Scout developed a disease or in the hospital recovering from a serious accident. Later, the rule was bent when circumstances associated with the draft and the call to arms arose during the Second World War, the Korean and Vietnam Wars. Later that rule was modified -- not bent and definitely not broken -- when circumstances involving sets of parents and others denied some Scouts the right to continue to advance because in their "opinion", the "Scout was going too fast, and we've got to slow him down" and unfortunately, "other people's sons" (pointing to themselves) have been in the Troop longer than him, and they deserve to get Eagle ahead of him..."

(Yes, and there were other circumstances which prompted the BSA to develop with a group of volunteers, the Guide to Advancement, laying out ALL of the BSA's advancement rules and policies in clear black and white (and light green) text and boxes. I helped crafted and edited several of the versions of that Guide in the earliest days of that document.)

The Scout in this case, while personally disappointed in his lack of time management, still says that the overall experience was a positive one. He does not point fingers or fists at anyone...he let what he did and how he did it speak for him. His pride and confidence that what he did was worthwhile showing. He is, as several commented online, "an Eagle Scout without the badge." "The Badge is overrated, " another Eagle Scout stated, "what's important is that you had a great Scouting experience!"

SO, should we stand around and "bend the rules" when it becomes apparent to us that they need to be? We teach Cub Scouts to "Do Your Best" -- that you may not get it right the first, second or even third time -- but as long as you're in there trying to do the very best you can, you have succeeded. High five!

The same standard does not work, however, when one is older, wiser and a bit more aware of all of the constraints involved in getting a task completed. Whether it is taking the SATs or GRE; completing a work task or competing in "American Ninja Warrior." We have to include time and resource management in our lives, and programs like Scouting provides that training and development.

In answering the core question "Do we complete things as they are written or just "do our best" to comply with them, I engaged in a conversation with a fellow Scouter before the situation involving this Scout came about. The Scouter, a fellow military person, wanted to know if the BSA and in particular the local Council where I am registered -- Transatlantic, which serves youth in Africa, the Middle East, and Europe -- changed the policy about the earning of the 50-Miler emblem.

In the Netherlands each summer, a four-day march is the largest multiple-day marching event in the world. Every mid-July, groups of men and women (including a lot of military units) participate in this challenge promoting exercise and sport. Participants who walk 20 to 50 kilometers during each of the four days receive a royally approved medal. This Scouter attempted to hike Scouts and Scouters during the Nijmegen March for credit toward the BSA's award. The requirements for the 50-Miler calls for Scouts, Venturers, and Scouters to hike 50 miles over five days (and to engage in civic and conservation activities along the way).

The BSA says "No. You cannot apply a four-day event which exceeds the daily hiking limit for Scouts (20 miles in a day) and applies it toward the 50-Miler Award. You have to meet the requirements as stated..." The Transatlantic Council, which boasts of its military connection and membership, also said no.

I have to agree with my Council's Scout Executive, Vincent Cozzone (while not specifically addressing the issue of the Life Scout working toward Eagle and "aged out" before completing everything toward Eagle). He hit the nail squarely on the head about "bending the rules just because this appears to be a good thing..."

Here's what he said addressing this, responding to the Scouter requesting to "allow a little leeway into approving the 50-Miler Award for participating in a four-day event:

"Let me ask a question. What are we supposed to do as a council when units or individuals apply for BSA awards, but they did not do the award as defined by BSA. Do you say, hey it was close, or it meets the spirit of the award in your opinion and do it to keep Scouters happy or do you say here are the standards for the award, and we maintain the standards of the award."

Yes, you have to agree with the Scout Executive: Here are the standards. Everyone meets the same standards. We at the Council (and National) level, maintain the standards of the award.

In the case of the Life Scout working toward Eagle, it applies. The Scout understands it and is vocal about him agreeing with him not being able to wear the Eagle medal and badge on his uniform. There's a standard, and while he came close, he did not meet it. That does not make his project any less important to those he did it for; nor did it make his strong march toward Eagle less than outstanding. What did that online Scouter comment:

"You're already an Eagle Scout to me and others out there. Wear that heart-shaped badge with HONOR...I'd share a campsite with you any day of the week!"

Another Scouter from Minnesota wrote "Was this a character-building experience for this Scout, other Scouts, and the associated adults? If so, mission accomplished. Well done."