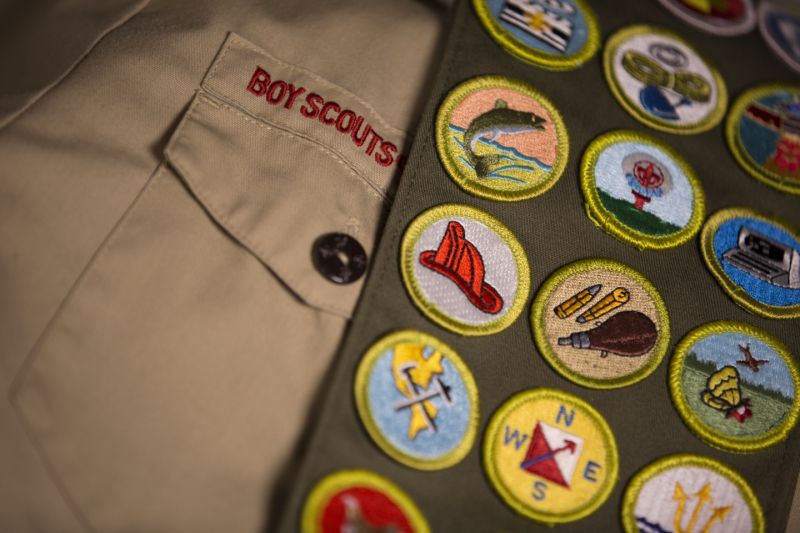 Hi Brendan Fulmer!! You posted and asked yourself (and all of us):

"Had somebody tell me that BSA is a rich white kid club. Help me know how to respond, please"

Okay……... This is a Black man giving you advice on how to respond when people say stuff like that. Ready?

Just walk away, or find another place in the room, or just ignore him and listen to something in your mind. "Upward Trail" comes to my mind, but I've been humming that song off and on today for some reason. I and anyone else here with even a GENERAL knowledge of Scouting knows good and well that first, Scouting is expensive. It doesn't matter what color or hue the person or family is wanting to be a part of the game -- the color of Scouting is GREEN...mint green with hues to narrow it down. From day ONE of Scouting's beginnings, money was a factor in getting the group going -- someone had to copy or purchase books and forms for those first Scouts. Someone had to pay the quarter or half a dollar (with inflation over the century, it would come to like $50 today) to use Gene's farm to camp at. Someone had to pay the three cents postage to mail the letter to the BSA's national office in New York and inform them that yes, Scott has met the written requirements for First Class and you need instructions on how to award his badge to him.

Yes, we also are aware that for the first 180 or so years of American history, our nation was predominately "White". There were a lot of Native/First Americans, some Hispanics, some Asians, and some Black/African-American people hanging around...but those others "didn't count" or "were not White, therefore we ignored them." History. But you know, Branden, since 1907 or so, those Black kids, some Hispanic kids, some Asian kids, and some Native/First American kids, found the "riches", became Scouts, and camped alongside the "rich White kids" (oh, the "rich White kids" got to camp one week and two weeks later, the "rich Black kids" got to camp at the same place...with a different name but who cares -- they were CAMPING!)

The thing is, Brendan, that person was trying to get you to disagree with them. Start an argument. Raise your blood pressure. Make you say stupid stuff to them...in other words, make them point at you and say "SEEE...you can't even keep up with the "rich kid's Scout rules! What a hypocrite!" I walk away. If the person continues to come at me, I calmly tell him "I guess I am one of those rich white kids who go camping. Nothing wrong with that, except, I'm not rich and who knows what heritage I have inside me. All I know is that I love going camping, and if I'm going to do it, I would much rather be in the company of other Scouts and Scouters. After all," I would conclude, "they know a whole deal more about camping than YOU." And I would leave it at that.

Yes, for the record, Scouting is a "rich white kids' camping club". But it's also a "rich black kid's camping club" and the rest for the other ethnic and racial groups in the United States. It's not free and was NEVER intended to be free (reference "Scouts pay their way when all possible" and "Scouts don't accept money nor favors for Good Turns", both taken from the earlier editions of the Scout Handbook). One doesn't need the "Scout this" and the "Scout that" to be a Scout. He (or soon she) will have to carry the "three and twelve" in their mind, heart, and body as they go about living in America.

Doesn't need a uniform (nice to have -- it's where the personal accomplishments and achievements are displayed for the world to see and appreciate). Don't need the book (the American Library Association in 1998 reported that the top two books frequently were stolen from public libraries? The Bible and the Boy Scout Handbook!) Don't need to go to the big summer camp with the outdoor pool and the indoor dining hall (more Scouts go to camps with "commissary meals" they have to prepare and cook than to dining hall meals which all they have to do is dress up and show up; more Scouts go to camps featuring a waterfront on a man-made or natural body of water than to go to the camps featuring the Olympic-sized pool...hard to swamp boats and canoes...and not as much fun!)

That is what I recommend

THAT is what I recommend saying to that person or anyone else commenting in that way, Brendan Fulmer. I've done it and except for the one woman who still wanted me to argue with her about Scouting (I finished the argument by kissing her on her nose....she slapped me but she turned around and walked away...I guess I "won"), everyone else just shut the hell up and let me do my Scouting! 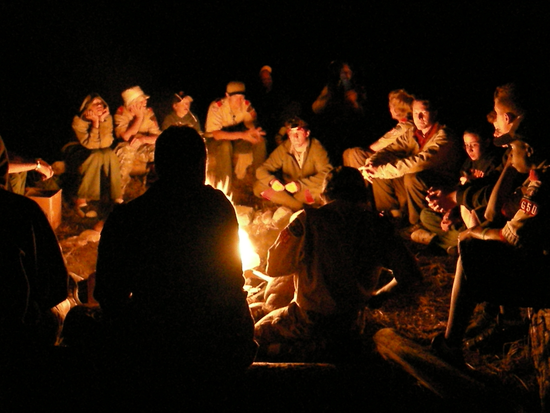