A few times a week, Stadri’s shipping department excitedly announces on the intercom: “the patches are ready for viewing!” It’s an exciting chance for the sales staff and artists who design the patches to see the finished work before they are individually boxed and shipped. With numerous custom designs, we’re always looking for the background story to a patch and the celebration of an event in embroidered form. The commemorative Boy Scout patches are among my favorite as they often depict impressive accomplishments.

In an open letter to Scouts and family, Keith Davis, Scoutmaster of Troop 163 states: “This fall, thousands of kids from the Catskill Region will return to school and be asked one question: “What did you do this summer?” Fifteen scouts from Troop 163 should have no problem answering the age-old question having hiked the length of the Catskill Aqueduct from the Ashokan Reservoir in the heart of the Catskills to the Central Park Aqueduct in New York City - some 120 miles away."

A fragment of the Catskill Watershed, the Ashokan Reservoir is part of a network of reservoirs supplying New York City and other small hamlets water. The Catskill Aqueduct is a series of rivers and underground pipes that connects the city with 40% of its water supply. Completed in 1911, engineer Sidney Clapp noticed many young boys playing around the dangerous work site and sought a way to organize them while teaching important skills and life lessons on their journey to manhood. The desires to organize led him to forming one of the first Boy Scout Troops in the country. 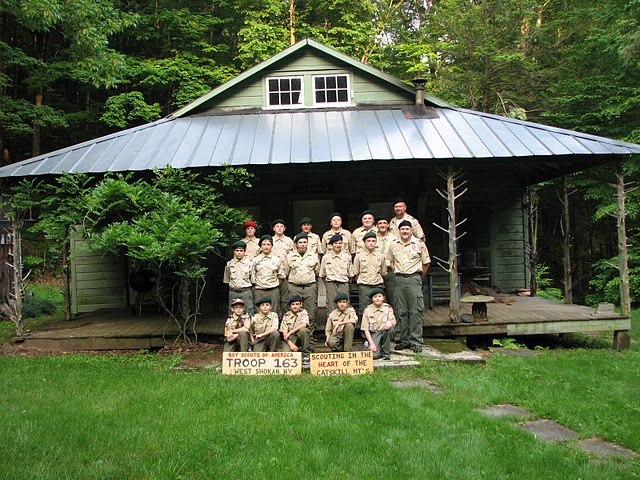 Based in Olive, N.Y., Troop 163 will depart August 19th on their symbolic trek atop the aqueduct and complete their odyssey nine days later on August 27th. Besides being some of the first to hike the route, the scouts will have toured West Point, Stewart Air Force Base and spent a night at the American Museum of Natural History. For security reasons, the aqueduct is off limits and special permission was granted from the Catskill Watershed Corporation, New York City Department of Environmental Protection, Watershed Agricultural Council and other entities. The Catskill Aqueduct Trek promises to be a fantastic celebration of 100 years in Scouting and Olive’s unique roll. 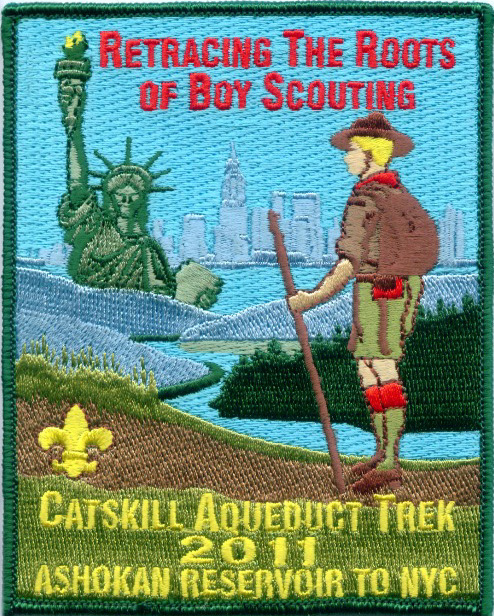 Stadri Emblems has been privileged to be involved with the Olive Boy Scouts and their enormous undertaking. We look forward to hearing their responses to the question: “What did you do this summer?” While it is a unique trip, the team at Stadri knows this isn’t the only adventure Scouts are participating in this summer. What unique trips or accomplishments will mark your summer of 2011 as a summer to remember?